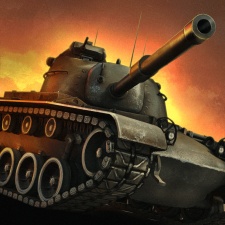 In an interesting move, the company with the longterm and exclusive World of Tanks licence for China isn't publishing mobile game World of Tanks: Blitzin the country.

KongZhong has announced that its new agreement with Wargaming sees it 'waive its right of first refusal' for Blitz.

This means that Wargaming "has exclusive rights to develop, advertise, distribute or sell Blitz in China with other parties".

Conversely, KongZhong has gained the agreement from Wargaming that it is "free to develop, produce, release a third party shooting game titled Iron Storm in China".

It will run the game through its War Saga military gaming platform.

While it's hard to read between the lines to work out what's happened here, it would appear that KongZhong has ended up publishing the weaker of the two games.

That said, World of Tanks: Blitz's very large file size might be an issue in bandwidth-sensitive China.

KongZhong continues to have the exclusive publishing rights in China for World of Warplanes, World of Warships, Guild Wars 2, Auto Club Revolution and Blitzkrieg 3, however.