China and Japan make up over 42% of mobile game revenues 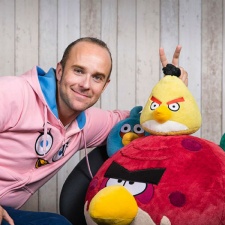 China, Japan and the US drove worldwide games industry revenues to $91 billion in 2015, according to estimates from Angry Birds developer Rovio.

The studio claimed that mobile alone made $30 billion in worldwide revenues.

That makes overall worldwide games industry revenues more than double that of the Box Office, and significantly higher than digital music.

This of course does not include other revenue streams from these industries as a whole, however, such as merchandising, events and physical releases.

Using stats from Newzoo, Taht said that growth in the games industry is being led by China, which he said is “growing at quite an astounding rate”.

China and Japan make up just over 42% of global mobile revenue, while the US takes another 20% of the market.

In terms of where the downloads are coming from on mobile, Taht said that according to Rovio Research, Google Play downloads were higher than iOS. Despite this, revenue was still a lot higher on the App Store than on Android.

Revenue is also being driven by the Build / Battle (Strategy) genre in the West.

But Taht noted that though the Puzzle genre was stagnating a few quarters ago, it has been growing “quite substantially” again.

He also said that while RPGs are the largest genre globally, it has yet to have the same success in the West that it has had in the East – which is driving its popularity. According to Rovio's research however, the RPG is now growing fast in the West.

Location-based games meanwhile, driven by Pokemon GO, has now taken up around 10% of the market.

“It reminds us that these are interesting statistics, these are things we should know,” he said.

“Yet as an industry it can take us by surprise at any given moment.”