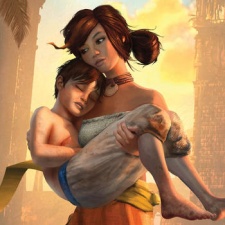 The title is built on Unreal Engine 4, but harnessed Simplygon’s tech to add Level of Detail at a series of different aspects of the open world title.

This allowed the game to run on mobile GPUs at a steady frame-rate while displaying thousands of individual objects.

As an example, Uppercut said that by using Simplygon’s HLOD feature, it reduced 4,176 meshes down to 30 LOD meshes and 1.38 million polygons down to 183,000 polygons.

“Without Simplygon's tool we would never have been able to release Submerged on iOS,” said Uppercut Games Co-Founder Andrew James.

“We were pleasantly surprised to see how seem-less the transitions to HLOD mesh looked on device, even when swapped out to the LOD at a close distance. The Simplygon HLOD optimisation allowed us to keep most of the original PC / console high poly art for the detail areas of the game where the player explores, walks and climbs.”