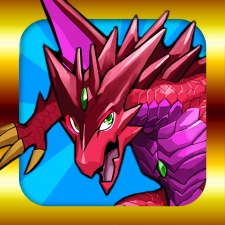 GungHo's mega-hit Puzzle and Dragons has been downloaded 43 million times in Japan as of 11 September.

This is according to a tweet from Tokyo-based consultancy Kantan Games CEO Serkan Toto, who also pointed out that the population of Japan is 127 million.

This means that the number of downloads in the country alone is almost a third of the total population of Japan. While this figure is likely not be made up entirely of unique downloads, it's still an impressive number.

While the statistic hasn't come directly from GungHo itself, Serkan Toto is considered a reliable source on the Japanese mobile games industry.

Recent official figures as of May 2016 for the game noted it had reached 41 million downloads in Japan.

Outside of Japan, the game has managed 10 million downloads in North America, following a high-profile advertising campaign.

And the game has been launched in China following a pre-registration campaign launched in May 2016, though it's not currently known how well the game is performing in that market.