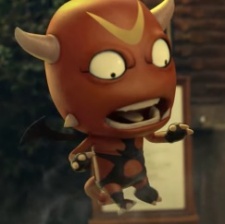 The Alpha Group was China's first listed animation company with a net worth of £5 billion.

The Korea Herald reports that its new publishing deal with NCSoft could also help the South Korea company bring its IP to other businesses and that the two could collaborate on animations, cartoons and toys.

No release date for the game has been announced. It is expected to be announced officially in South Korea by the end of 2016.

Not much is known about Lineage Red Knights other than the reveal trailer below. The title appears to be a slightly different take on its Lineage series in terms of its art style, which could mean the publisher aims to bring its wildly successful RPG to an even wider audience.

More news is expected by the end of the year.