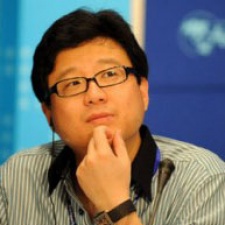 Both Tencent CEO Ma Huateng and NetEase CEO William Ding have been listed in the top ten of Forbes' 2016 China Rich List.

Huateng is placed 3rd on the list, with a net worth of $24.5 billion. He is also ranked as the ninth richest person in tech, and is at #46 of the Forbes list of billionaires.

He was also previously listed on Forbes' Powerful People list in 2015, ranked at #48. He placed just two positions below North Korea's Kim Jong-un.

A little more than ten cents

Ding, meanwhile, ranks 5th on the list, with a net worth of $15.2 billion. He ranks as the 17th richest person in tech, and places at #141 on the worldwide billionaires list.

Further down the list, Tencent co-founder Zhang Zhidong is ranked at #11, despite having retired in September 2014. Smartphone manufacturer Xiaomi's CEO Lei Jun is ranked at #12.