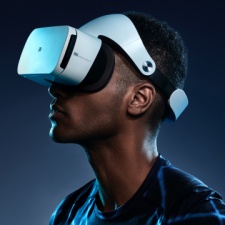 The headset boasts "ultra-low" 16ms latency and a motion sensor which is 16 times more sensitive than the previous model.

The HMD is also designed to be used with a touch-controlled remote, much like Google's Daydream. It has launched with a new MIUI VR store, with 30 VR apps and 500 panoramic views available already.

The headset is compatible with Mi Note 2, Mi 5s, Mi 5sPlus, and Mi 5. The phones have yet to make their way West, and it is unknown if the headset will be made available worldwide either.

Xiaomi is one of the most popular manufacturers in China. It sold 500,000 phones in just three days earlier in October 2016.