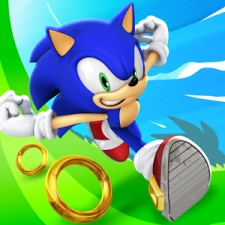 The company reported overall revenues of $1.6 billion, up 9.9% from the year prior. Profits were also up to $235 million.

Net sales from its entertainment business were up 13.8% year-on-year to $950 million, while operating income increased by 436.8% to $89 million.

The major drivers in its mobile game earnings were Puyopuyo!! Quest, CHAIN CHRONI CLE – Kizuna no Shintairiku and Hortensia SAGA.

MAUS across its portfolio of titles were up 400,000 to 11,800,000 year-on-year for the quarter ending September 30th, though this was the lowest number since that period in 2015. ARPMAU in Japan has increased, however.

Despite a fall in MAUs, the number of downloads overseas for titles such as Sonic Dash have continued to rise while Japanese downloads remain slow.

In its financial report, Sega warned of a slowdown in the spread of smartphones in the country as the mobile market saturates.

It said that the predominance of leading publishers in the mobile market is accelerating and is adding extra difficulties to releasing big hits on the platform.

Sega warned that this meant higher-quality games are expected by consumers, demands which are resulting in longer development cycles and higher operating costs.

The firm added most of its future growth in mobile gaming is now expected in the Asia market outside of Japan.