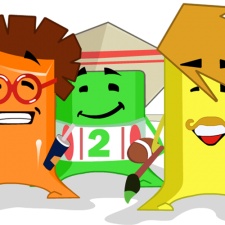 A team of ex-Zynga developers in India have raised $4 million for their new studio PlaySimple Games.

The team was founded in 2014 and had raised an initial $500,000 in seed investment in December of that year.

PlaySimple aims to use the money to expand its team of 22 to 50 staff by the end of 2017 and to continue developing games for a global audience.

To date the studio has worked on puzzle and word games such as WordTrek and GuessUp.