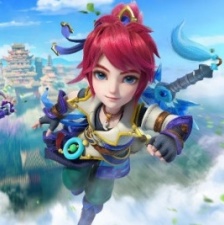 Chinese publisher NetEase was the top-grossing mobile games company in the world in October 2016.

Data from App Annie shows that the firm usurped another Chinese company, Tencent, to take the top spot for the month.

In second was Tencent-owned Clash Royale developer Supercell, while Tencent itself was third. If the revenues for the the two companies were combined then Tencent would be the world's top-grossing mobile games publisher.

That means six of the top 10 grossing mobile games publishers in the world are based in Asia. Niantic, Activision Blizzard and MZ all hail from the US, while Supercell is based in Finland (But owned by Tencent).

NetEase had three games in the top 10 grossing titles worldwide in October. These were Onmyoji, Fantasy Westward Journey and Ghost. In total, the publisher has 300 apps available on app stores.

A recent report from Newzoo backs up the data from App Annie, as it also showed that NetEase had the most games in the top 10 grossing charts on iOS in China, with four titles ranked. Its closest competitor in the region, Tencent, meanwhile had two titles in the top 10.

Revenues for the company’s online games services, which includes its mobile games, saw revenues of $984.9 million, up 26% year-on-year.