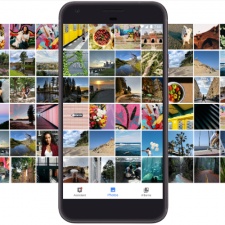 Google's Pixel phone series sold 33,000 units in India and accounted for 10% of premium smartphone sales in the country during October.

Counterpoint Research has tracked the sales, claiming that the phone took advantage of the lack of the Samsung Galaxy Note 7 in the market, following Samsung's decision to cease production of the device.

That said, Google was only the third-biggest phone manufacturer in the region for the month. Samsung still took second place, while Apple came out on top with 66% of the market share.

Enthused by the feedback

"We are very enthused by the feedback from Indian customers and the initial response for Pixel has been extremely positive and in line with our expectations," said a spokesperson from Google India.

"Pixel is Google's take on the total user experience as we envision it - bringing the best of Google's software, such as the Google Assistant, with hardware that really brings the experience to life."

India's smartphone sales saw a recent boost due to the demonetisation of its larger denomination of notes, which saw people purchasing iPhones to offload the cancelled notes.

Google to generate $3.8 billion in 2017 from the Pixel and Daydream