But when has Nintendo ever had the best performance? 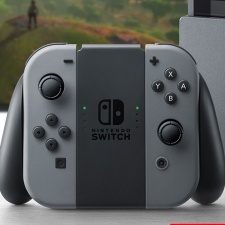 The Nintendo Switch could be 60% slower when used in its portable mode, reports suggest.

The console is estimated to run at 307.2 MHz when it is undocked, while putting it into the dock increases its processing power to an estimated to 768 MHz.

It is also said to be powered by a customised Maxwell Tegra processor. Nvidia has already stated that the console would run on this processor.

However, the Maxwell is not the most recent generation of Tegra processor – the more recent Pascal Tegra is more efficient, but was reportedly not ready in time for Nintendo to implement it in the Switch.

What this all means is that the Switch won't be any more powerful than the current generation PlayStation 4 console. Reports also claim it might not match the graphical quality of current high-end PS4 titles.

This won't necessarily harm the console. Because of its lower specs, it will likely be cheaper than most modern home consoles, with estimates currently pointing to a $250 launch price.

And it should be capable of performing on par with a PlayStation 4. The initial reveal video for the Switch implied that The Elder Scrolls V: Skyrim, a game recently re-released on the PS4, would appear on the console.