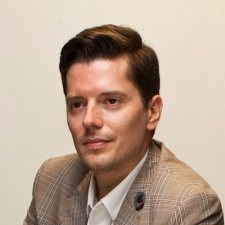 And breaking this down, it seems that mobile is at the heart of this growth as desktop stands still.

According to MobVista's Nick Roveta, speaking at Pocket Gamer Connects London, a large part of this is that many in the APAC regions skipped desktop entirely but are now doubling down on mobile.

Furthermore, the nature of these ads have changed.

At the heart of this are Facebook, Google and Snapchat, who are "in a three-way contest for the lion's share."

Snapchat in particular, while its young demographic may not be the most lucrative for advertisers, is being increasingly seen as an important platform for brand advertisers.

"The youth of today will be the high-spending demographics of the future," Roveta explains. Capturing their imagination today, then, is important.

But when talking about mobile gaming specifically, it seems that there are advertising challenges.

"Mobile gaming has only recently understood and scaled rewarded video," he says. "Innovation in video is moving a lot faster outside of mobile gaming."

Right now, the vast majority of in-game video ads are themselves advertising other mobile games. For Roveta, this presents a problem.

"There is a huge amount of ad fatigue in mobile gaming," he states. "It's the same gamers, getting the same ads for the same games."

"The users aren't responding to ads in the same way they used to... we need to look outwards and not within for the future."

But there are challenges here, too.

"The brands don't like social gaming," he reveals. "They don't like the incentivised nature of the placements. So while I'm sure there will be some brand spend in the area, it's never going to be big."