Pushes Animal Crossing Mobile back to next fiscal year 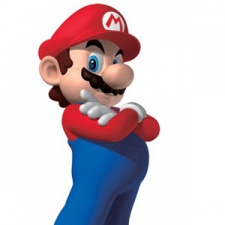 For the quarter, Nintendo posted sales of $1.53 billion, more than double its figures in Q2 due to the holiday period. Its profits for Q3 were $567.6 million.

It didn't break out its mobile revenues, but Nintendo did refer to Super Mario Run as a success for the company in its financial report thanks to its 40 million downloads in four days.

In its presentation, Nintendo President Tatsumi Kimishima is said to have claimed that Super Mario Run achieved 78 million downloads with a 5% conversion rate to paid players.

This would suggest Nintendo has made around $39 million from Super Mario Run to date.

The company also pointed to the continued success of Pokemon GO as a driver in 3DS and Pokemon game sales. Nintendo's first mobile title, Miitomo, was not mentioned.

Looking ahead, the company reconfirmed that Fire Emblem Heroes is due for a February 2nd release and Super Mario Run would launch on Android in March.

However, due to this release schedule, it has also pushed back the release of its mobile Animal Crossing game until the next fiscal year. It will now launch no earlier than April 2017.