Over one million downloads half a day after release 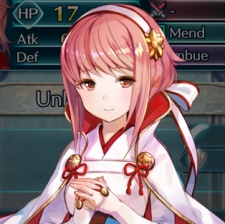 Speaking to TIME, Kimishima said the free-to-play game was downloaded over a million times less than half a day after its launch.

He added that experimenting with different models such as free-to-play for Fire Emblem Heroes and free-to-start with Super Mario Run is giving the company “confidence in our mobile business efforts”.

Fire Emblem Heroes was released on February 2nd, and according to mobile data firm Sensor Tower made $2.9 million in its first day.

App Annie data shows that on February 8th, the game was the second highest grossing mobile title in Japan on the App Store.

The early success in the country is a small vindication of Nintendo and DeNA's Japan-first approach for the title, though whether the title will remain at the top of the charts for the long-term remains to be seen.

Nintendo’s Japan-first approach for Fire Emblem Heroes pays off as it nets $2.9 million on its first day