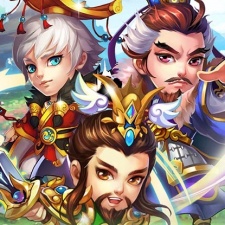 As reported by the BBC, the new studio will be headed by ex-Reloaded Productions MD Michael Boniface.

The company plans to fill the new office with 21 staff by the end of June 2017 to work on a new online multiplayer game.

"The establishment of Skymoons' new studio in Scotland is a game changer, and an exciting opportunity for those who make up the strong resource of locally-based talent,” said Boniface.

Founded in China in 2014, Skymoons has worked on games such as Zombie Wars, My Own Swordsman, Three Kingdoms Power Up and The Journey of Flower.

Following success in China, the publisher is now expanding its operations out globally. As well as opening a Scottish studio, the company also has an investment arm looking to work with start-ups around the world.