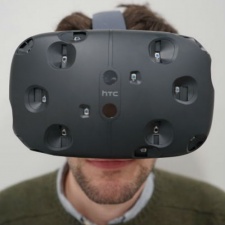 HTC is plotting to take on the mobile virtual reality space with a mystery new device set to launch by the end of the year.

Speaking to CNet, HTC President of Global Sales Chia-lin Chang said the tech would be compatible with its new mobile phone the U Ultra.

However, Chang explained the device would not simply be a phone inserted into a headset, as seen with the Samsung Gear VR and Google Daydream, but something different entirely.

"We have a good plan in terms of combining mobility with VR," he said.

"Vive is very top end, and in the coming months you'll see our plans in terms of mobility and VR, and it's not a phone slapped onto a headset. It'd be a different thing."

The new device is expected to launch by the end of the year.

HTC is no stranger to VR. It worked with Valve to develop and release the PC-powered HTC Vive VR headset, which can track room-scale movement of the user.