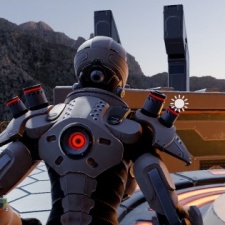 The open source tech is being designed for teams of all sizes, from indies working on mobile games to triple-A studios developing virtual reality titles.

Xenko will support the latest version of C# and it comes packed with a scene editor and a built-in prefab system and scene streaming system. Other features include a full asset pipeline, a PBR material editor, script editor, particle editor and more.

A free Beta version of the engine is currently available to download.

Silicon Studio has previously been known for its development tools such as advance optical effects middleware Yebis and real-time rendering engine Mizuchi.

It has also worked on the 3DS series Bravely Default for Square Enix.

"The decision to move from middleware to a full game engine was actually a fairly easy one for us," said Terada Takehiko, CEO of Silicon Studio.

"We were in a position to address some of the complaints developers have about the other commercial game engines on the market, and from there we began to see what developers of the future will need to be successful, including VR and mobile support."

Silicon Studio will be showing off the tech during GDC in the Moscone Center at booth #624.

You can find more details about the Xenko game engine on the official website.