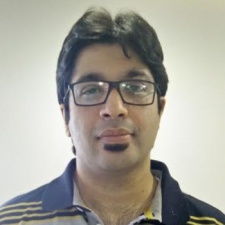 Chinese online and mobile publisher Youzu Interactive has set up a new office in India and aims to invest as much as $10 million in the local games market in 2017.

The firm plans to recruit 30 staff for its new office in Pune, which is being led by former Nazara Games head of mobile game publishing and marketing Anuj Tandon.

Eventually, the publisher wants to release RPGs, midcore and hardcore strategy games in the country.

It also plans to look at potential acquisitions and investments in the games and entertainment sectors in the country.

“Independent sources” claimed that these plans could represent a $10 million investment in the country.

“Youzu is dedicated to grow globally and India is a mobile gaming market which is maturing fast," said Tandon.

"We are looking to create and publish local as well as international content for India’s growing smartphone population."

Youzu is one of China's largest publishers, with a market cap of more than $3.7 billion. Last year it acquired 100% of German online and mobile games developer Bigpoint.