Xiaomi doubles down on India with second smartphone production plant 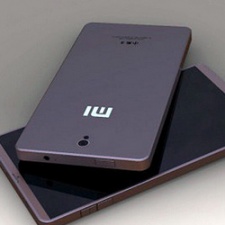 China-based mobile manufacturer Xiaomi has opened a second production plant in India as it continues efforts to grow its business in the country.

In a series of tweets, Vice President and Managing Director of Xiaomi India, Manu Jain, stated that 95% of all Xiaomi products sold in the country are now made there.

On top of this, with its current production capabilities, Xiaomi is making a new phone in India every second during operational hours.

The company's efforts in India have created over 5,000 new jobs in the region. Over 90% of its employees are women.

Xiaomi's focus on India has paid off for the company. It managed to generate over $1 billion in sales during 2016 and sold two million devices in Q3 2016.

Its latest phone to be released in the country, the Redmi Note 4, is the fastest selling smartphone in India of all time. It sold over a million units in 45 days, with a quarter of those sold in the first ten minutes of its launch.

Following this success, Xiaomi has now launched the Redmi 4A, a cheaper smartphone it will hope can increase sales further.