Localisations readied for Asia Pacific, Europe, the Middle East and the Americas 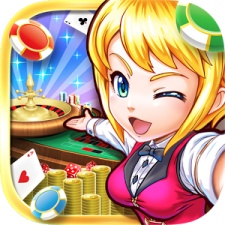 The social casino and resort simulation hybrid is currently only available in Japan where COLOPL publishes the title itself. It is said to be “highly successful” and was a contributor to the company’s $770 million in revenues in 2016.

At its height, the game was a top 100 grosser on the Japanese App Store.

The new deal with see Animoca Brands publishing and localising the title in regions such as Asia Pacific, Europe, the Middle East and the Americas.

Breaking out of Japan

“It is a privilege to be working with COLOPL, and we’re looking forward to making Tokyo Casino Project as successful around the world as it was in Japan,” said Animoca Brands CEO Robby Yung.

Hong Kong-based Animoca is best known for known for its work on mobile games for popular brands, such as Garfield, Doraemon, Mattel, Ben 10 and more.

The publisher recently raised $5 million to expand into mobile VR and eBooks. Totally funding raised by the publisher to date stands at around $16 million.