Maybe these ones won't explode 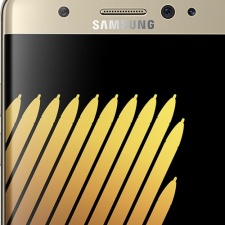 Samsung has set plans in place to refurbish and recycle its defective Galaxy Note 7 devices that were recalled in 2016.

The manufacturer will assess each device for the suitability as a refurbished or rental phone. Those that pass the test will be refitted so as not to explode and resold as refurbished models.

Devices that fail to meet the requirements however will be recycled for parts. Semiconductors and camera modules will be re-used in test samples, and various metals used in the devices will be extracted and recycled.

Come to a close

This may finally bring an end to Samsung's Galaxy Note 7 fiasco that started back in September 2016. Overheating batteries caused phones to catch fire and explode, injuring people in the process.

The official reason for the overheating devices was that they had oversized batteries that didn't fit the casing of the phones. Replacement phones also overheated due to "manufacturing issues".

The whole episode cost Samsung dearly. Its mobile profits for Q3 FY16 dropped 96% year-on-year as it spent money attempting to recall devices and solve the problem.