Big plans for this year's tournaments 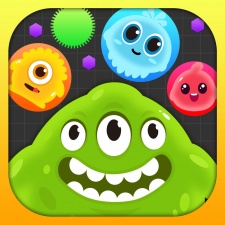 The figure has been revealed as part of its 2017 competition plans. This year will see over 1,000 online and offline matches take place to determine the best players around the world.

Live tournaments are to be held in 10 cities and 30 different high schools to bring together players in the real world and promote both co-operation and competition amongst players.

Battle of Balls has also been updated with an Event Centre to help players keep track of all the events. It will also allow better communication between players to help with clans and the like.

Giant Interactive is one of the biggest online games companies in China. In August 2016 it was part of a consortium that purchased social casino developer Playtika for $4.4 billion.

Reply
Ben D Director
Never heard of this game, after seeing a video on it I feel bad for the Agar.io people now.
Posted 4 years, 9 months ago