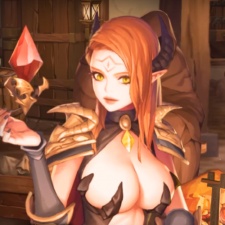 Nexon has partnered with South Korean developer Weredsoft to publish its upcoming mobile game Project D around the world.

The game, which is to be renamed at a later date, is a 2D side-scrolling fantasy RPG. Nexon is promising console quality for the game, presumably refering to high-quality graphics and plenty of hours of gameplay.

Weredsoft was established in 2013 by a team of veteran games developers. It has already produced Three Kingdoms Battle, which was launched solely in South Korea.

"We are thrilled to collaborate with Weredsoft, which has excellent development capabilities and a creative approach," said Nexon Korea CEO Jiwon Park.

"By fusing Nexon's global publishing power with Weredsoft's development acumen, we believe Project D will be a success in the global mobile game market."

Nexon is currently enjoying success through its partnership with Koei Tecmo on Dynasty Warriors: Unleashed. The game has surpassed five million downloads in just over a month since it first launched.