But profits slumped by 60% 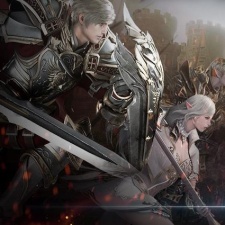 NCSoft has generated $35.4 million in royalties from licensing the Lineage brand to Netmarble for hit mobile game Lineage 2 Revolution.

The figure comes as NCSoft has released its Q1 FY17 financials for the three months ending March 31st 2017. The company brought in $56.2 million from royalties overall.

NCSoft is blaming its loss in profits on incentives it paid back due to record-high earnings in 2016, as well as a drop in sales for its older games. Lineage, its most popular game, generated $45.6 million for the quarter, down 35% year-on-year.

It is planning on a comeback though, mainly through an aggressive push into mobile. It is launching Lineage M in South Korea in mid-June, which has attracted three million pre-registrations so far, according to the Korea Times.

Lineage 2 Revolution continues to see success despite having only launched in South Korea. SuperData Research claims it was the tenth top-grossing game in the world in March 2017.