Report: Nintendo to release The Legend of Zelda on mobile

Set to arrive after Animal Crossing 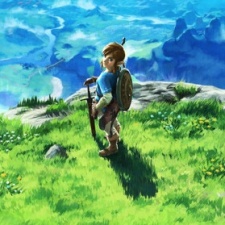 Nintendo aims to develop a mobile version of The Legend of Zelda, according to a report.

The Wall Street Journal claims “people familiar with the matter” have confirmed the game’s existence and that it will likely come after Animal Crossing’s mobile launch.

That game is due for release in late 2017, though sources said the release slate could be changed, with a Zelda mobile game coming before Animal Crossing.

No other details about the new title were revealed.

The Legend of Zelda is one of Nintendo’s biggest IPs. The latest game in the series Breath of the Wild had sold 1.3 million units in the US by mid-April on both the Switch and Wii U.

The figure meant that the title had a 100% attach rate for Switch system sales in the US.

It was estimated by market research company SuperData that the Switch sold 2.4 million units worldwide in its first month, and could sell 7.2 million by the end of the year.

Though a key system seller for its new console, it’s not clear how the franchise will translate to mobile.
Nintendo used a ‘free-to-start’ business model for Super Mario Run, with a paywall after a set number of levels.

It’s a model Nintendo has said it will go back to, though its more recent release of Fire Emblem Heroes was strictly free-to-play with in-app purchases.