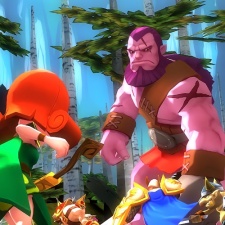 The game is a 3D RPG which will feature a single-player campaign alongside "expedition" and online raid modes. It is being pitched as a family-friendly title, with cartoon graphics to appeal to all age groups.

Singta has so far launched just one game, the CCG RPG Sid Story. It is currently developing another game alongside Giant, a sequel to Sid Story tentatively titled Project SD.

Gamevil is known for partnering with studios on Asia-developed titles with global appeal. It most recently launched turn-based strategy War of Crown to a positive response, and in November 2016 released Cocoonbeat-developed slingshot RPG Knight Slinger.