Batman, The Joker and Superman have already entered the fray 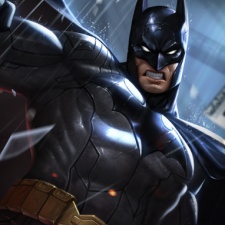 Tencent has sealed a licensing deal with Time Warner to bring characters from the DC Comics universe to its hit mobile MOBA Strike of Kings.

The game, known by many names including Honor of Kings, is one of the most popular titles in China right now having hit surpassed some 50 million daily active users.

It’s now been soft-launched in the West as Strike of Kings and Tencent aims to use popular IP to fuel its success.

Tencent has already introduced some characters to the game, including Batman, Superman and The Joker.

As Comic Book reports, the licensing deal however will give the Chinese publisher the opportunity to delve further into the DC Universe’s catalogue of characters.

It could prove a smart move for Tencent with the new Wonder Woman film about to hit cinemas on June 1st 2017 and the first Justice League movie arriving later this year on November 16th 2017.

Though currently called Strike of Kings, Tencent is now surveying fans on their opinions for a new title for its MOBA.

Honor of Kings skips past $4 billion in lifetime revenue