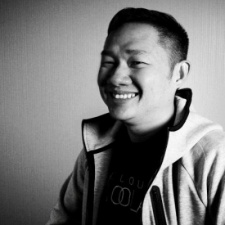 As part of Unite Europe 2017, Jonathon Sze, COO & co-founder, CloudMoolah, gave a talk on his top tips for monetising games across Southeast Asia.

He started by noting that the SEA region is growing rapidly, saying that it is "not a market you can afford to ignore", with mobile revenues expected to reach $1.4 billion in 2017.

Instead, developers should implement direct e-banking, mobile top-up cards, and pre-paid cards – these payment methods can make up 40% of a mobile game's revenue in the region.

Talk to the locals

Secondly, Sze recommended working with the right partner, right down to customer service and marketing, adding that you need these elements to have "the local touch" to make sure players feel comfortable with the game.

"Treat localisation as a matter of white-washing your product," he suggested, saying that developers should make themselves more open to practically re-launching their game in the region as a whole new experience.

Games can be released in English, but the number of people who speak the language is limited. 80% of Singapore speaks English, says Sze, but the country only has a population of 5.5 million people.

While all these steps sound scary to some developers, Sze also suggested they should seek a local publisher to work with on the game, even if it's just to work on one area, such as localisation.

"Sometimes developers don't need the full suite, they just want some parts," he noted, adding that publishers in SEA are now more willing to adapt to this "a la carte" style of publishing.