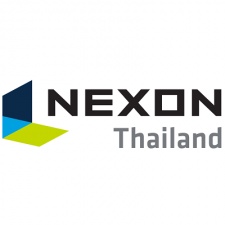 Nexon has built upon its 49% stake in Thai games publisher iDCC to complete a full acquisition.

The firm initially acquired a minority stake in the company as a strategic move into Southeast Asia back in November 2016.

Now, with the approval of the Thai government, Nexon has acquired the remaining 51% to take full ownership of iDCC, renaming it iDCC Nexon - to be known as Nexon Thailand.

"We see an immense growth opportunity in the game market in Southeast Asia, especially in mobile, which is why we originally invested in iDCC," said Terry Noh, COO of Nexon Thailand.

"We plan to make Thailand a publishing hub for the entire region and will support local developers to expand their content worldwide.”

Isra Taulananda, CEO of Nexon Thailand, added that “Nexon has been working closely with iDCC and has launched a number of successful global titles in Southeast Asia since 2016, including HIT.

"One of the first mobile games in the world developed with Unreal Engine 4, HIT surpassed 22 million cumulative downloads worldwide (as of June 2017), and in particular, HIT was very successful in Thailand.

"Another title for mobile that we launched recently in Thailand and has done extremely well is Dynasty Warriors Unleashed, a high-quality game based on Romance of the Three Kingdoms.”

Nexon sells off mobile developer Gloops for one Japanese yen