Plans to utilise IP and partnership with Dreamworks 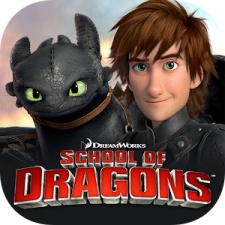 The US-based studio was founded back in 1991 and has since then developed games such as JumpStart, which now has over 90 million registered accounts and retains five million monthly active users.

The studio’s other IPs include Neopets, which it acquired from Viacom in 2014 and has more than 75 million users, and School of Dragons, which is based on the How to Train your Dragon franchise and has generated over 30 million sign-ups.

NetDragon hopes to use JumpStart’s relationship with Dreamworks and its various IPs to enhance its existing array of products.

The Chinese publisher, which focuses on building internet communities, has worked on titles such as Eudemons Online, Heroes Evolved and Conquer Online.

"The acquisition of JumpStart has been completed today and I am very excited about including JumpStart as a subsidiary to the NetDragon family,” said NetDragon Executive Director Simon Leung.

“It is a perfect example of NetDragon's expertise in combining and utilising both education and gaming businesses. The excellent management team led by David Lord, CEO of JumpStart, has built very impressive and popular educational games that are extremely valuable additions to NetDragon's product offerings.

“Through this acquisition, we will tap into their excellent relationship with DreamWorks and utilise their IPs to enhance our existing products. We believe this strategic acquisition will open up tremendous opportunities for both NetDragon and JumpStart to offer innovative and world-class learning products to our users."