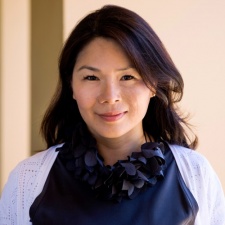 Apple has promoted its VP of Wireless Technologies Isabel Ge Mahe to be VP and Managing Director of Greater China.

Ge Mahe will be in charge of Apple's China-based team, offering co-ordination and leadership to the staff there. She will report directly to CEO Tim Cook and COO Jeff Williams.

She has been VP of Wireless Technologies for the last nine years, overseeing the teams behind Apple Pay, HomeKit, and CarPlay. She has also worked with the China team to develop technology specific to the region, such as QR code support and SMS fraud prevention.

"I'm honored to have this opportunity to represent Apple in China and work more closely with our incredibly talented team," said Ge Mahe.

"Everyone at Apple is proud of the contributions we make to the communities where we do business, and I am looking forward to deepening our team's connections with customers, government and businesses in China to advance innovation and sustainability."

Apple has been putting a lot of investment into China in the last few months, including building a local data centre to comply with new legislation. It is also planning to open several new R&D facilities around the country.