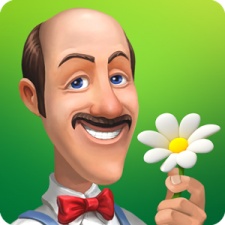 The title has been a huge success since making the transition from Facebook to mobile devices and swapping the hidden object genre for match-3 gameplay.

It’s consistently been one of the top revenue generating mobile games in the West and has continued to rise up the grossing charts. In the last two months it’s become a stalwart of the top 20 grossing rankings on the US App Store.

"Gardenscapes is a successful example of how match-3 and great storytelling can be integrated," said iDreamSky VP Montgomery Singman.

Gardenscapes isn’t Playrix’s only hit. Its other titles Fishdom and Township have also proven to be successful.

Publisher iDreamSky has partnered with a number of studios in the West to bring their games to China, including German developer Sviper for its title Wild City Rush.