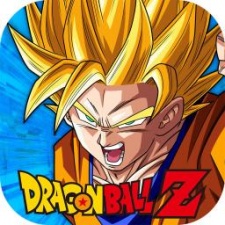 The title was released in 2015 and had hit the 100 million download milestone by November 2016. In just eight months since it has managed to garner a further 100 million installs, with 50 million of those coming since April.

The game has become a top grosser worldwide, in part thanks to the team’s management of special in-game events that have helped propel it up the charts.

To celebrate 200 million downloads Bandai Namco has kicked off a ‘Worldwide Campaign Epic Celebration’ worldwide, offering past and new exclusive characters to players who take part.

“Thanks to all of our fans, not only have we got to celebrate two years since release, but now also 200 million downloads worldwide. Thank you all so very much,” said Dokkan Battle Global Version Producer Toshitaka Tachibana.

“The Dragon Ball Z Dokkan Battle event we had the pleasure of holding in the US in July also saw great attendance, and gave us a chance to really get another good look at how devoted and excited the fans of Dragon Ball and this title are.”

One Piece Treasure Cruise passes 10 million downloads in the west