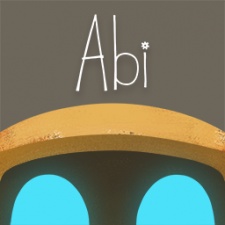 The event gives indies three minutes to pitch their games to a panel of press, publishers and industry pundits. The judges then pick three winners and everybody gets valuable feedback. This latest one took place in the busy city of Shanghai.

Grant&Bert’s submission Abi was the winning game at this year’s Big Indie Pitch at ChinaJoy. It’s a story-driven puzzle adventure game in which players must discover the truth behind humanity’s disappearance. The game’s stylish art, clever gameplay and emotional narrative made it a favourite among judges.

Dodreams’s manic entry sees up to 50 players battle it out in vehicles filled to the brim with weaponry. Users must crash, burn and slice their way to victory, as well as take advantage and be mindful of the physics-based environment around them.

The next Big Indie Pitch will take place in Cologne, Germany alongside Gamescom on August 22nd, 2017.

After that, we'll be bringing the competition to Helsinki at Pocket Gamer Connects, where we'll be hosting the supersized Very Big Indie Pitch on September 19th to 20th.