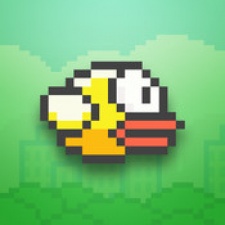 Former mobile gaming sensation Flappy Bird has finally been laid to rest on iOS following the launch of iOS 11.

Writing on Facebook, developer Dong Nguyen stated that the game would no longer be playable due to the new OS. He also thanked fans for their support over the years.

Flappy Bird is a 32-bit app, which have now been completely blocked from use on iOS 11. Nguyen famously abandoned the game mere weeks after it achieved international success, and had it removed from app stores. He will therefore not be updating it to support 64-bit.

Since it is not actually available on the App Store, only those who downloaded Flappy Bird before it was pulled still had access to the game. Now only devices that can't run iOS 11, or users who refuse to update, will be able to play it.

Nguyen gave a talk about the game's sudden rise to success at RovioCon in April 2017. In the talk, he stated that he is looking to make a comeback to mobile games sometime in 2017 or 2018.