Better games, targeting new markets, and the rise of HTML5 will aid its quest 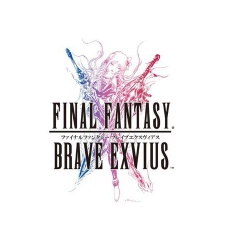 Square Enix has outlined plans to push sales of its smart devices and PC browser segment to over ¥100 billion ($900 million).

In a letter to its shareholders, the developer noted that this segment had struggled in the first half of its FY17. However, it recovered in the second half of the fiscal year by "releasing successful titles".

Looking to the future, it will begin working on "more sophisticated games" to appeal to a more discerning audience of mobile gamers. This is due in part to the maturity of the market, which it believes does not mean that market is stagnating or declining.

"'Maturity' only means that mobile devices in general and smartphones in particular have already established solid positions as gaming devices and that gamers playing games on their smartphones have become a common sight," the company stated.

"This means that only fun, appealing games will survive, which is of course only natural. As such, the market is at last in a stage where the capabilities of the game companies will truly be tested. That is what we understand 'maturity' to mean."

Beyond making games, Square Enix will also begin trying to solidify its position in North America, where it believes it has underperformed. It will also begin targeting India more heavily as a consumer market.

As well as this, the developer believes the rise of HTML5 will lead players back to browser games. It is already working with Yahoo! to provide games for its recently-launched Yahoo! Game Plus platform to target this growing market.