Fox faces $2.5 million lawsuit from Snail Digital over lack of support for War for the Planet of the Apes mobile games 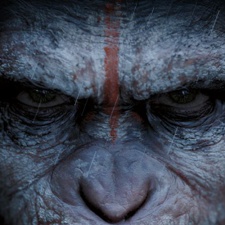 China's Snail Digital is reportedly suing Fox Entertainment for $2.5 million for failing to provide the necessary resources and co-operation to launch its game based on the film War for the Planet of the Apes.

As reported by The Hollywood Reporter, the lawsuit claims that Snail paid $2.5 million plus royalties to Fox in order to secure the rights to the game. The developer was working on both an AR game and a standard mobile RPG based on the IP.

However, Fox allegedly failed to provide the necessary source material to develop the game in time to launch it alongside the film. Snail is therefore seeking a rescission of the contract plus damages due to it missing out on "a significant market opportunity".

Snail is claiming that Fox sent over an early draft of the film's screenplay and assets from previous Planet of the Apes films, but not enough for the new film. The studio allegedly provided minimal help through development as well, offering only minimal feedback on alpha versions of the game.

"Were the Games to be released months, or even weeks after the film, the zeitgeist 'buzz' surrounding the Motion Picture would have died down and the Games may struggle to be relevant, let alone marketable," the complaint says.

The developer may have a point. Plarium's Terminator Genisys: Future War, released a year after the film, has failed to crack the top 250 grossing charts on the US App Store, for example.

Wooga gets into the IP game with the announcement of Futurama: Game of Drones

Snail Games bringing its $400 Android gaming smartphone to US