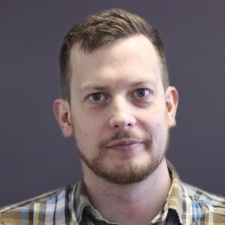 A group of experienced games industry experts have banded together to form a new indie games funding initiative called the Treasure Hunters FanClub.

The aim is to team up and invest in “remarkable and unique games” from indie developers. The group claims to offer indie-friendly funding terms, mentorship and market support via a publishing deal with Surprise Attack Games.

The team will be led by Chris Wright, MD of indie label Surprise Attack Games, while Polytron Producer Felix Kramer will be handling game scouting duties.

Funding of up to $350,000 is available for each project. The typical revenue split, subject to specific deal terms and the amount invested, is 70% to the developers, 25% to Surprise Attack Games and 5% to Treasure Hunters.

The first project funded by the group is top-down co-op action game Tear Through for PC and Mac by Australian developer Walk With Kings.

The company is currently accepting pitches by developers and is also looking for more members.

“As someone that boot-strapped a publishing label into success, I have an intimate understanding of how hard and intimidating finding funding can be and how that process is often at odds with remaining independent,” said Treasure Hunters FanClub founder Chris Wright.

“I wanted to create a funding option that suits the modern indie, letting them keep their creative independence and focus on the development rather than finding or managing investors whilst also partnering with them on bringing the game to the market and supporting them at every step along the way.”