Title to be published on the Apple App Store in 2018 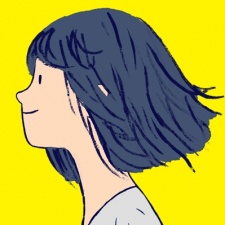 The game centres around the highs and lows of a woman’s first love, whose relationship is told through a series of gameplay vignettes centring on flirting, fighting and helping helping each other grow or grow apart.

Florence, Mountains’ first game since its formation in 2016, is set to be released on the Apple App Store in 2018.

“With Florence, we wanted to explore through game design what it's like to feel stuck, to fall in love, to miss someone,” said Mountains Creative Director Ken Wong, who previously worked on Monument Valley before setting up the studio in 2016.

“We were inspired by movies like 500 Days of Summer and ‘slice of life’ graphic novels to tell a story about all the different moments in a relationship, both joyful and painful. Love is such a universal experience, but something we hadn’t seen explored very much in the form of a game.”

Annapurna Interactive is the games division of Annapurna Pictures, the production studio behind films such as Zero Dark Thirty and Sausage Party.

The games branch has previously published titles such as What Remains of Edith Finch and Flower for iPhone and iPad. Upcoming titles include Ashen, Donut County, Gorogoa and Kentucky Route Zero TV Edition.