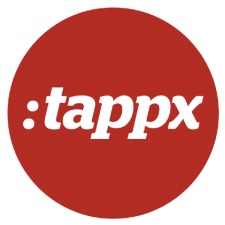 Mobile app monetisation firm Tappx has opened a new office in Beijing to strengthen its position in China.

The office will be headed up by China Country Manager Bob Wang. The company now has active operations in Spain, India, the UK, and China.

The Beijing office will focus on delivering Tappx's services to local partners and customers in mainland China. It has already secured business in the region before establishing a base there, with companies such as Cheetah Mobile, Baidu, and Gomo.

"The Tappx China office opening marks a significant new milestone in Tappx's brief but fast growth history. Asia and particularly China is one of our most strategically important markets, due to its size and influence in the APAC region," said Tappx CEO Daniel Reina.

"Tappx has been supporting key Chinese publishers over the last few years, and with the advent of our new Beijing office, we aim to deliver even better results and services for existing and future clients."

Bob Wang recently wrote a guest article on PocketGamer.biz, offering advice to developers on how to launch a mobile game in China. It features an extensive breakdown of all the steps a game has to go through to be approved for release.