VP of business Junghun Lee nominated to take over as CEO 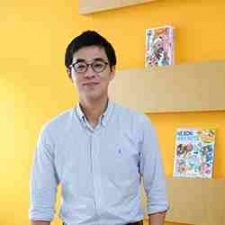 Nexon has promoted Nexon Korea CEO Jiwon Park to the newly-created position of global COO of the group.

Park will work directly with Nexon CEO Owen Mahoney and oversee the business and all operations. Junghun Lee has been nominated to replace Park at Nexon Korea, subject to a meeting of the board of directors later in January 2018.

Park took on the role of Nexon Korea CEO in March 2014. During his time in the role, he was responsible for overseeing the continued success of the company's live ops and helped create a more flexible work environment for the team.

Preparing for a new era

Lee has been with Nexon Korea since 2003, and has held numerous roles at the company including his most recent position as VP of business. He oversaw the launch of popular mobile games such as Heroes of Incredible Tales, Dark Avenger 3 and AxE.

"Nexon is preparing for a new era, and there are not two individuals more qualified to help us execute on our global strategy."