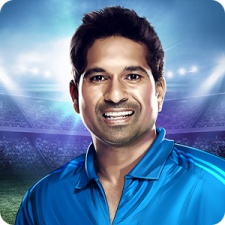 JetSynthesys's Sachin Saga Cricket Champions has racked up more than two million downloads in less than a month after release.

The title pits players in the shoes of the famous Indian cricketer Sachin Tendulkar as they relive his career for themselves.

All aboard the esports train

Tapping into the esports hype, JetSynthesys has integrated competitive gaming into the title with the first qualifier rounds having started on January 5th.

The developer will host the esports finals at the India Gaming Show on January 19th to 21st with prizes of up to $1,500 going to the winners.

“The game has grown from strength to strength since its launch and we are absolutely thrilled that it has become so popular among cricket fans and mobile game lovers,” said JetSynthesis MD Rajan Navani.

“Celebrating two million downloads, we’re bringing mobile esports to the country for the first time in cricket and aim to blur the line between physical and digital, and simultaneously engage gaming enthusiasts in a unique experience of sporting events.”