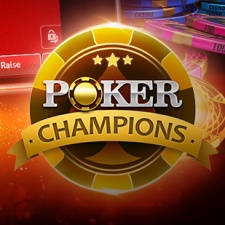 The title is based on KamaGames’ Pokerist but has been localised for the Indian market. Changes made specifically for the country’s mobile users include speeding up the title’s party modes and graphical alterations.

It’s the first game to be released since KamaGames and Yoozoo’s partnership was announced last year.

The two companies are hoping to tap into one of the fastest growing markets in the world. According to App Annie, India overtook the USA as the number two country by downloads in 2017.

Despite this, revenues in India have grown at a slower rate, though the two companies are confident this will change in the coming years.

“This is an especially good time for a major mobile game launch in India,” said KamaGames Ireland MD Andrey Kuznetsov.

“We know that the average time Indian consumers spend on their phones has increased by 50 per cent in 2017 and with the continued increase in smartphone penetration, it is expected to lead to a higher mobile commerce spend.”

“With Poker Champions, we are bringing a world class poker experience to Indian gamers where they will be able to play with real players from the first day of launch. It is a major initiative by Yoozoo to capture the growing Indian mobile gaming market.”

We spoke to Yoozoo Games India CEO Anuj Tandon and KamaGames CMO Daniel Kashti in October 2017 about the new partnership and the Indian market for social casino games at large.