Buys up companies in digital card and board game spaces 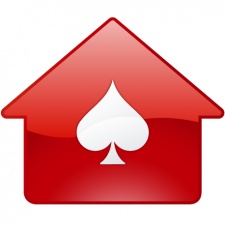 Hong Kong-listed games developer and publisher Ourgame has splashed out $66 million on acquiring studios to expand its mobile operations.

The company operates a number of mobile and online titles in China, including in the casino and digital board game spaces.

As reported by CalvinAyre, the firm recently made a trio of acquisitions of companies based in mainland China that specialise in mobile mahjong, poker, card and board games.

It spent $34.2 million to fully purchase Nanjing Haoyun Meicheng Electronics Technology, which operates around 20 to 30 regional card and board game products.

It spent almost $24 million on acquiring henzhen Xunyou Internet Technology, which also focuses on regional card and board games.

Lastly, it signed a deal to buy Xiamen Yiwantang Internet Technology for $8.7 million, which runs 10 regional card and board games.

According to the report, Ourgame said the deals would “complement and enlarge its China national games platforms” and “enhance its brand influence”.

Ourgame is better known in the West for its $35 million acquisition of the World Poker Tour, as well as being part of a joint venture called Allied Esports which is readying up to open the Esports Arena Las Vegas on March 22nd.