Releasing next fiscal year, and that's all we know for now 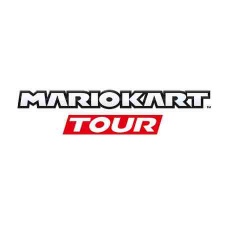 Nintendo's next mobile game will be a take on its racing series Mario Kart known as Mario Kart Tour.

The game is set to release some time during Nintendo's FY19, between April 2018 and March 2019. No further details were offered at the time.

Mario Kart has proven to still be a popular franchise since the launch of the Switch. A re-release of a Wii U game, Mario Kart 8 Deluxe, has secured over seven million sales since the latest console first launched.

Turning to its other mobile games, Nintendo reported that Super Mario Run currently sees over 20 million MAUs. It surpassed 200 million downloads back in October 2017, and has apparently continued to grow from there.

The company did not break out specific figures for its other games but did note that Animal Crossing: Pocket Camp has a largely adult female userbase. Nintendo hopes to keep these players engaged with continuous updates and weekly events.

Miitomo, Nintendo's regularly forgotten first mobile app, did not receive a mention. The game is set to shut down completely in May 2018.