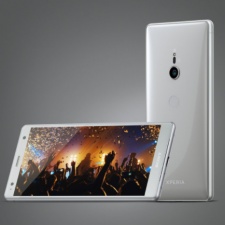 Sony has unveiled its new Xperia XZ2 smartphone which adds new features such as rumble for games and movies and 4K HDR camera recordings.

The rumble feature, which Sony is calling the Dynamic Vibration System, will analyse audio data from media and vibrate the device accordingly to make the experience more immersive. The function can be turned off if so desired.

As for cameras, the phone will use a 19MP rear-facing camera capable of filming in 4K HDR and at 960 fps "super slow motion". Sony has not adopted the dual-camera setup that has become popular with other manufacturers in recent years.

In terms of actual specs, the XZ2 will use Qualcomm's Snapdragon 845 mobile platform as its processor. It will feature 4GB of RAM and 64GB internal storage, along with a 3180 mAh battery which can be wirelessly charged.

The Xperia XZ2 will come in two models, the standard edition with a 5.7-inch screen and the XZ2 Compact with a 5-inch screen. Launch dates and pricing have yet to be revealed for either device.

HMD Global earlier revealed its new line of Nokia phones, with four new smartphones and a rebooted 8810 feature phone. Its top-end phone, the Nokia 8 Sirocco, is set to launch for $925 in April 2018.