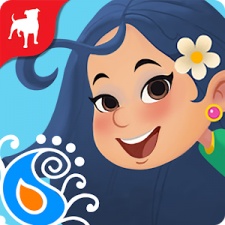 Zynga has launched a brand new title developed specifically for Indian gamers as it looks to get in early on the country’s fast-growing mobile games market.

We spotted the title, a match-three game called Rangoli Rekha: Color Match, head into soft launch last year. Following beta testing the company has been given it a full release in India.

The game has been developed completely with Indian players in mind and has been culturalised as such. In fact, the team behind the title is from the mobile publisher's own India-based studio.

It’s part of a long-term strategy for Zynga to increase its presence in emerging markets, with the Indian mobile games sector expected to reach 628 million users by 2020, according to CII-TechSci Research.

“Rangoli Rekha was developed specifically for players in India and delivers a casual, highly social mobile match-three game that pays tribute to Indian culture and heritage. We look forward to getting feedback from our local players now that Rangoli Rekha is live in the market.

“As one of the leading mobile game studios in India, our team is proud to be testing a fun and authentic mobile game tailor-made for mobile gamers in India today.”