Company plans to partner up with developers across the globe 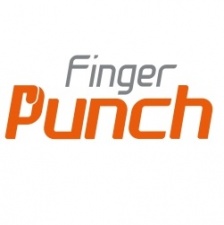 A new mobile games publisher has been set up in Singapore that aims to partner with developers across the globe.

The publisher is headed up by industry veteran Rip Yoon, who has 10 years of industry experience working at companies such as Netmarble, Foundation 9 Entertainment and Webzen.

Finger Punch hopes to branch out from the Southeast Asia market and work with developers in the European and North America regions. The company currently has 11 games slated for release this year.

The company already has a few games on the market, including free-to-play casino title Boss Casino, and puzzle game Michiri Neko Pop.

“Finger Punch is making a major commitment to support and service our gamers and developers in this region. We will carefully select and publish mobile games that are tailored to the local markets need,” said Finger Punch CEO Rip Yoon.

Despite being the smallest mobile market in the Southeast Asian region regarding gamers, Singapore was reported to have brought in the fourth largest revenues in 2016 of $211 million. This is believed to be due to the high average spending per paying gamer which is has been claimed to be at around $226.