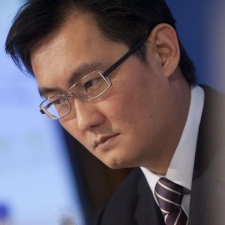 The founder and CEO of Chinese publishing giant Tencent Ma Huateng is now the wealthiest person in China.

According to the Hurun Report’s Global Rich List of 2018 the tech mogul won out against 819 other billionaires to top the list. China has also seen an increase of 210 billionaires compared to last year which marks it as having 40 per cent more than the US.

Huateng is reported to have a fortune of approximately $46.6 billion which led him to jump 23 places up the global rich list to 15th.

Forbes meanwhile claims Huateng was also briefly richer than Google founders Larry Page and Sergey Brin. The Tencent CEO was the first Chinese billionaire to be among the world’s top 10 wealthiest people back in November 2017, a year when the company also became the first Chinese firm to cross a market cap of $500 billion.

Tencent has become a key player in the global games market over the years with investments in a whole swathe of studios. Most notably it has a majority stake in Clash Royale developer Supercell, with its influence also spreading to the likes of Epic Games, Pocket Gems, Glu Mobile, Miniclip and Riot Games.

Recently the company picked up the rights to two official Playerunknown’s Battlegrounds games for mobile, which quickly became the two most downloaded apps worldwide on the iOS App Store in the days following their launch in February.

Not just games though, the company has investments across an array of industries including medical, film, internet services and AI, to name a few.